I am honored to speak to you tonight from the depths of Jewish tradition.  Jesus of Nazareth, a Jewish teacher among Jewish teachers honored my tradition, and his own, when he was asked by a fellow scholar what he must do to earn eternal life.  Jesus responded with the two love commandments in the Torah:

“And who is my neighbor?” the scholar asked.

And then Jesus did what made him a brilliant teacher in his day.  He reached into the
midrashic tradition of his time and people and gave his most famous parable.  You know the story,
unless you fell asleep on Sunday morning–which by the way happens quite often in other churches,
not at South Highland Presbyterian Church.  Jesus told this story, quoted in the Gospel of Luke:

“A man was going down from Jerusalem to Jericho, when he was attacked by robbers.
They stripped him of his clothes, beat him and went away, leaving him half dead.  A priest happened
to be going down the same road, and when he saw the man, he passed by on the other side.
So too, a Levite, when he came to the place and saw him, passed by on the other side.  But a Samaritan,
as he traveled, came where the man was; and when he saw him, he took pity on him.
He went to him and bandaged his wounds, pouring on oil and wine. Then he put the man
on his own donkey, brought him to an inn and took care of him.  The next day he took out two denarii
and gave them to the innkeeper. ‘Look after him,’ he said, ‘and when I return, I will reimburse you for any
extra expense you may have.’

“Which of these three do you think was a neighbor to the man who fell into the hands
of robbers?”

The expert in the law replied, “The one who had mercy on him.”

Jesus told him, “Go and do likewise.”

As the world gets smaller and smaller and we all become inter-connected and dependent upon one another, we realize that perhaps we have a few too many neighbors, and we, like many societies around the world feel threatened by our dependence on them.  Dealing with neighbors—this is the spiritual crisis of our time.

Here is a fact. God may be able to love all His 7 billion children.  But I, Jonathan Miller, am only a human being.  I am not God.  I try to be a nice guy.  I try not to hurt people.  I may even at times reach into my heart and pocket like the good Samaritan of Jesus’ parable.  But my capacity for love is limited.  And I know that I don’t do all that I can do for my neighbors.  I can be selfish and self-protective, even though I sometimes reach out to other people. Just like you, I suffer from neighbor fatigue.  I cannot love 7 billion people.

So how do we determine who are our neighbors?  Judaism is ever practical.  It understands the limitations of the human spirit.  If I may, Christians understand themselves as fallen spirits from the Garden of Eden, and dependent on God’s grace to be uplifted.  Jews, on the other hand, understand that we are human and we need to reach upward to find God, and sometimes our reach does not exceed what God demands of us.

My ancestor Jacob had a dream at Beth El.  He dreamt that a ladder extended from the rock on which he slept into the heavens, and angels of the Lord were ascending and descending at one and the same time.  This is the human spiritual condition in its fullest form.  We rise like the angels bringing our prayers to the Almighty.  And we must come down from the heights of our spirit to live in this imperfect world in need of repair.  Rising and falling, falling and rising.

In Judaism, we have an obligation to give tzedakah, the Hebrew word for charity.  Tzedakah comes from the same three letter root meaning “justice” or “righteousness.”  Tzedakah means that what we have is lent to us, and we have a just and moral obligation to share with others.  But with whom?  Who are our neighbors when there are so many hands extended?  How do we decide?  Jewish tradition teaches that a family member who is in difficult financial straits takes precedence over non-family. Give to your family members first.  Likewise, local poor and charitable organizations take precedence over their faraway counterparts. And for the Jew, charitable causes in Israel take precedence over distant charities in the rest of the world.  As a Jew, I am obligated to give to everyone who asks, Jews and non-Jews alike.  But as I refine my degree of neighborliness, the people closer to me exert a greater claim on me.  Not everyone has an equal claim on my neighborly affections or responsibilities.

But that obvious reality is really the wrong question, and the question of who is our neighbor and how many neighbors can we count for ourselves is not what the parable is all about.  Stop and consider.  My wife is a psychotherapist.  When the kids bring home a romantic interest, she does not ask the question, “Is he or she nice?”  She is too smart for that.  She already knows the answer.  My kids are too smart for that, too.

Instead, she asks, “Does he love his mother?”  She knows that a man who loves his mother or a woman who loves her father can better make emotional connections that are sustainable over time.  As children, we learn to love on an intimate, personal scale.  And then we take that love and learn that we can spread it to more people.  Nobody learns to love abstractly.  Instead, we love specifically.  When you love your neighbor as yourself, you love someone close to you, someone specific, someone not in theory but in body and spirit.

Jesus’ parable begins with the two love commandments, to love God and love our neighbors as ourselves.  The famous psychoanalyst, Erich Fromm, describes love not as a state of rapture or emotion—neither of which is sustainable between human beings or between God and his children—but rather as a deep caring, a sense of responsibility and an abiding respect for the otherness of the object of love.  True love is more than desire and passion.  True love engages me when I am in rapture and when I am blue.  True love is responsibility for the other.  God may not always like us, but God loves us still.  We may not always like our neighbors, but we have a love responsibility to them, to understand what they need and to be empathic to their being.  The statement that Jesus made was not that God loves you, but instead that you are commanded to love God.  He took this straight from the Torah.  Understand what God needs from you.  Live with responsibility, and take care of your neighbor.  By loving ourselves and loving our neighbor, we love God.

The parable continues in a manner that beautifully builds on itself.  Jesus doesn’t answer the scholar’s question.  Instead, like a good Jewish rabbi, he responds to the question with a question himself.  “Which of these three do you think was a neighbor to the man who fell into the hands of robbers?”  The question was brilliant, and so was the response.  The scholar might have said, “Not the Priest, not the Levite, so it had to be the Samaritan—whom else?”  But that is not the response that the Gospel writer Luke wants you to remember.  Do you remember what the scholar said?  He said, “The one who had mercy.”  The response is not who is your neighbor, but what does a neighbor do?  A neighbor has mercy.

In the Talmud, we are commanded to be rachamim b’nei rachamim, merciful ones, the children of merciful ones.  The Hebrew term rachamim, merciful, comes from a part of the human body.  The rechem is the womb, the nurturing part of the human body.  The rechem gives what the budding life needs without expecting anything in return.  It is the place of most intimate connection.  If you want to be a m’rachem, a merciful one, then you approach the world with a nurturing heart.  The parable starts with love and ends with action.  Jesus says, “Go and do likewise.”  Act with a mature love and with merciful understanding.

My friends, we cannot be neighbors to the whole world.  That is too much for us.  It is too much responsibility.   Our responsibility as lovers is to be merciful, to give, to be the womb of kindness for people we know and see and care for.

The Samaritans occupied the lowest social class in the land of Israel.  But they are remembered through the parable as exalted because they were merciful and kind.  We have so many neighbors, and as the world gets smaller too many neighbors for us to absorb.  But we are not called to be neighbors to the world.  Instead, we are called to have mercy and extend our mercy to reaches beyond our own heart and our own soul.

Go and do likewise,

An online album of stories highlighting many of our Temple families who have designated a legacy gift to help ensure a vibrant future for our congregation. 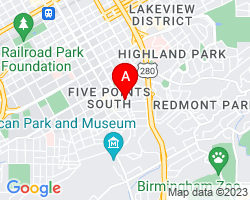